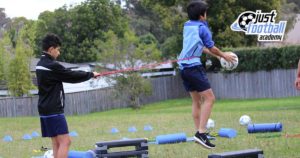 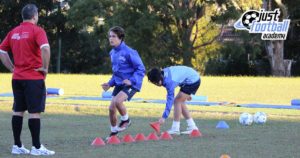 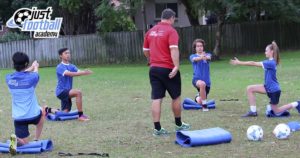 S&C: Part of the Future in Development for Footballers

Within the last decade there has been a huge revolution in training application within the field of sports science and strength & conditioning. As a result many professional clubs such as FC Bayern and Real Madrid have started utilising strength and conditioning coaches to get the best out of their players. Research into the field continues to grow drastically in order to systematically recognize what works, why it works and the best way to practically apply the science.

So, why utilise strength and conditioning? There are many reasons, but let’s discuss the main three:

Injury prevention:
At the highest level, a whopping $270 million was lost during the 2014/15 EPL season due to injuries. For a professional club this is a huge financial burden, but more importantly, for a young player who may be in the prime years of skills development, is the fact that they are kept off the field. Improving movement and strength within each joint so they can deal with the demands of the game more effectively can serve to avoid the majority of injuries sustained at an elite and youth level.

Improve movement:
This is fundamental to all skills, and the base of the athletic pyramid. Players should be able to move efficiently and freely, this means having adequate range of motion within each joint, and the strength to hold certain positions throughout their movement.

Improving athletic attributes:
Once we have built adequate range of motion and strength we can start to work on many athletic attributes such as agility, power and speed. In this day and age there is a huge emphasis on skill development, however the future of football will be with highly technical players who also possess great athletic attributes.  As a result of its positive outcome, close to every major club in the world has started to utilise some form of sports science alongside strength and conditioning, to give their player’s the best out of their bodies and keep them on the pitch.

justfootball academy will be one of the first in Australia to start implementing these scientific principles with our own athletes, with the aim of preventing injuries, improving movement and athletic attributes, on top of technical skills. The model will be based around the football season. General physical preparation, which includes endurance, good movement and strength are prioritized during the off-season. As the season approaches, training sessions will be modified to build upon the fundamental physical traits and translate them to more football specific elements such as power, agility, co-ordination and speed. Through the process, player’s movements are constantly assessed and any issues rectified through various corrective exercises. As a result we hope to build great technical players that also possess many athletic traits.

previous
What Kind of Coach Are You?
next
Raimy Makes Far Met North State Team