I am sure you have all heard coaches yell out these comments towards kids before. ‘Too many touches’, ‘Move the ball’, ‘Pass it’ and ‘Play the easy ball’.

Many coaches want to see great team football, it’s a great reflection on them after all. Let’s be clear from the start, this is not a debate on dribbling versus passing, rather it is about the most important thing, which is the REASON for doing either.

Over the past couple of months, I have had this conversation with many parents and coaches. I have heard of kids that are encouraged to dribble at all costs, with no explanation of why, and no coaching within that instruction. And I have heard about and witnessed another team that is instructed to play a passing game, chastising players for dribbling at all. Both skills are pointless if we are not educated in the WHY for either. If you think about it, you dribble to then pass, unless you are around the eighteen-yard box, in which case you dribble to either score, or pass.

I will admit that with my sons U6 team I do not really encourage anything but dribbling, however I do not discourage passing. I will say though, none of the players can really execute a pass, and barely strike the ball properly. What I do not want the kids doing, is kicking the ball aimlessly, which is what they do when instructed to pass. And I do not elaborate on why they should dribble, a five-year-old does not need too much information, it kills the fun. I also feel that players that are at a very basic level of playing don’t really need the detailed information, and I would lean more towards dribbling than passing with them. I would not discourage anything, but generally encourage dribbling and keeping the ball, over kicking it. 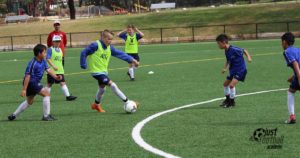 Two articles appeared in my Facebook feed recently, which inspired this blog. Please read the article and definitely watch the video.

Anything done without purpose is pointless, if you can’t explain your intentions, then you have not learnt anything. Would you not agree that learning bad habits is as easy as learning good ones? I once heard a phrase from Paul Heffer at West Ham Academy, which I later discovered was quoted by Sir Bobby Robson, “Practice doesn’t make perfect, practice makes permanent”.

Dribbling alone will improve your ability with the ball at your feet, but it won’t make you a better player. As with anything in life, there are many outcomes in every scenario, are the odds in your favour every time? What are the risks and consequences? Football is a game, and all games are strategic, decision-making is the most important tool you have. 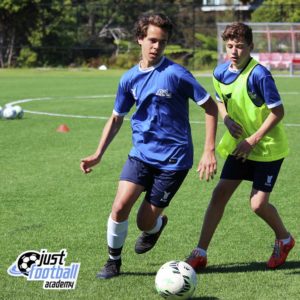 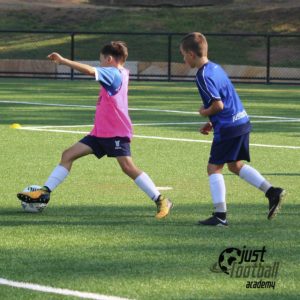 To conclude, a player needs to know why they should dribble or pass in any instance. Restricting touches, demanding fast playing of the ball and conditions in general removes all the other possibilities that a player experiences.