Is it a hindrance or is it necessary?

Much of the argument is falsely justified by the Spanish way of player development. On many instances I have heard that the truth is that Spanish football is in fact competitive from as young as under 6, with awards even given to top goal scorers.

It seems to me that once again measures are taken to the extreme, to eradicate little problems. It is often the way in these matters that the scales get tipped too far and all balance is again lost, my belief is always in favour of a balance. 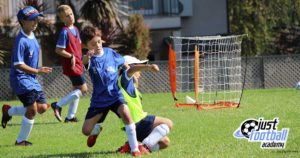 What is the purpose of this change?

To remove pressures that are placed on children, from parents and coaches, so that kids won’t become demotivated. And so that a coach will be more considerate of all players because they are not results driven. Well why can’t that be achieved without removing competition? Why can’t we fix the parents and coaches instead?

I believe a great footballer is also a strong individual and we should develop footballers the same way we raise children. The journey of a footballer will undoubtedly take them through some tough experiences, where the world does not lay out the red carpet for them. What will happen when a coach does not see them in their plan? How will they recover from an injury? How will they deal with outside issues that impact their football? It takes an individual with resilience, fight and a will to win to overcome hurdles.

When I was growing up, there was only 1st, 2nd and 3rd place in all sporting competitions and I wanted to be first in everything. Competition was an important factor all through my playing days when deciding what level to play. It is only natural for kids to be competitive and I have seen it bring out the best in them, it is fun to win and celebrate. It is also very important I believe, that kids learn how to win and how to lose. To be honest, it is the progression into competing that is the final stamp of embedding what is learnt. One thing that stuck with me years ago was a statement made by former Chelsea legend and Coerver ambassador Charlie Cook. He said that all Coerver coaching is encompassed by competition and at justfootball academy we also believe strongly in creating a competitive environment, and we do not pass any expectations or pressures on any player. 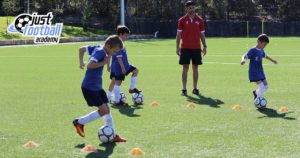 Our players have stated many times that their favourite exercises are 1 vs. 1 and the end challenge, both exercises are competitive components. At justfootball academy three pillars, mental, social and technical, bind our development philosophy. We believe that a footballer will express themselves outwardly, a reflection of themselves inside. So we focus on developing good human beings that are strong minded and positive, resilient and of course technically astute.

previous
The Journey of Player Development
next
The Representative Selection Process