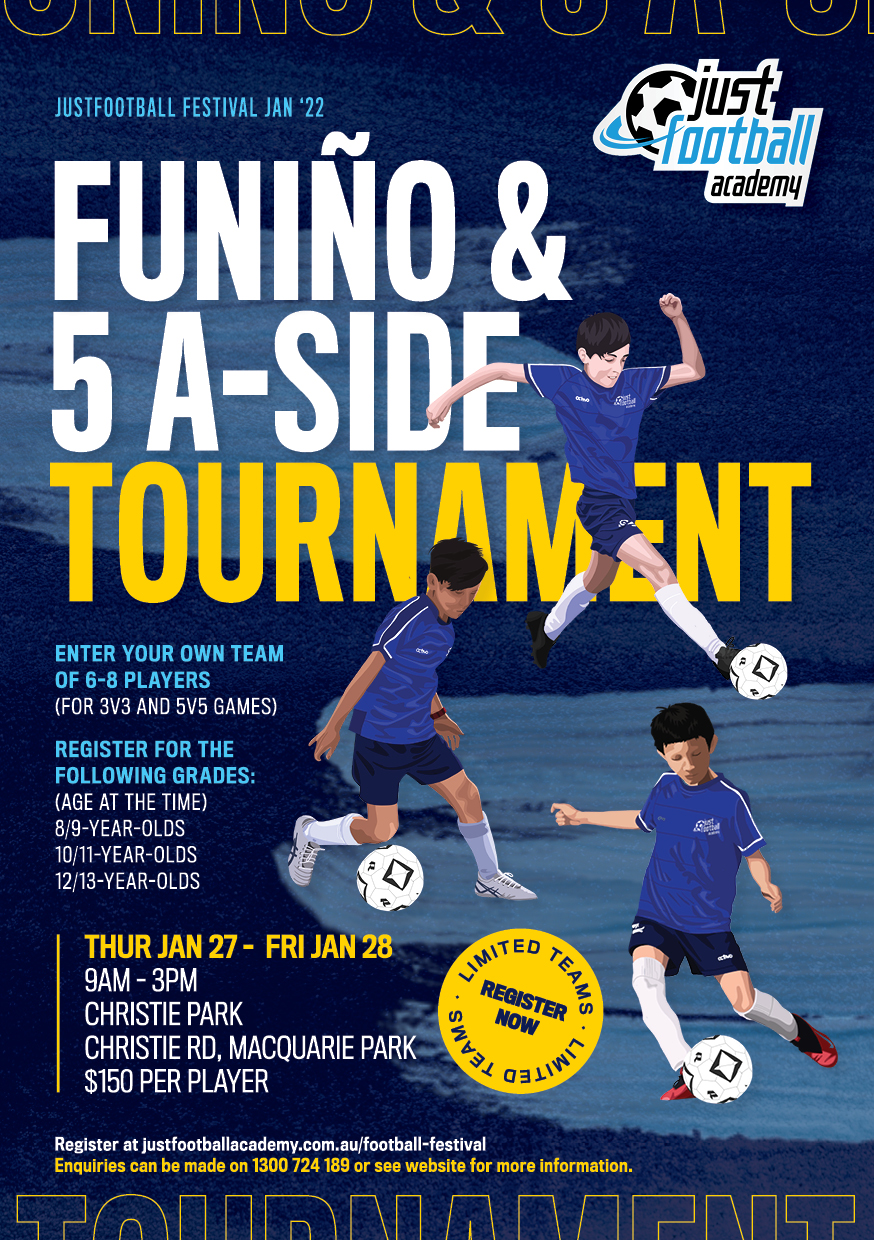 About the football festival

Justfootball Academy is all about street football and the festive nature of the game. We believe that all children should learn the game playing it in the small formats from 1v1 to 5v5, where they have maximum involvement, touches and fun.

The football festival is an opportunity for the kids to enjoy two days of mini-games competition in two formats, the 3v3 and 5v5.

FUNiño is a game that was designed by the legendary German, Horst Wein. Today it is played in Germany at the youngest ages as they believe it will develop more creative individualists. Horst Wein introduced his methods to the Spanish 40 years ago, thus the name FUNiño, Fun and niño (which means child in Spanish).

The game is played 3v3, if there are substitutes, they will replace the goal scorer each time they score, or any player after a minute. Games are short in length, but they are many.

How the tournament will be conducted: